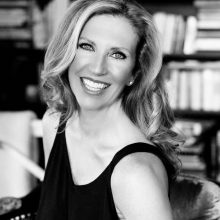 Dana K. Bezerra is the president of Heron. Bezerra began her career in agriculture in California. Her family owned a dairy farm in the San Joaquin Valley, where she bore witness to the bankruptcy of a local creamery, the formation of an independent milk producers’ cooperative, and the provision of a local tax abatement package to a multinational food company. Those experiences left Bezerra with a lasting impression about the importance of social cohesion within a community — and the complicated relationship between communities and capital markets.

Bezerra proceeded to work at Merrill Lynch in the Private Banking & Investment Group, where she specialized in Philanthropy and Nonprofit Management. For the next decade, Bezerra managed client money, where she earned an appreciation for the nuances of intergenerational wealth and learned to navigate complex financial transactions and markets.

In 2006, Bezerra joined Heron. As a program officer, Bezerra engaged with nonprofit and community leaders who were operationalizing Heron’s mission on the ground in communities that had been waylaid by globalization, mechanization, and disintermediation. It became clear in that role that Heron’s responsibility was to feed the agency of local leaders by supporting them and their enterprises.

Over the next 10 years, Bezerra played a key role in rotating Heron’s entire portfolio (including debt, equity, and grants) to better reflect Heron’s mission. Bezerra became responsible for sourcing deals, identifying and developing relationships across a spectrum of investors, syndicating capital when possible, and cultivating opportunities to deploy the full range of Heron’s philanthropic and market-rate toolkit. As president, Bezerra hopes to build on Heron’s history and leverage the lessons it has learned over the past 25 years — both on the ground in communities and within the capital markets.

In addition to her role at Heron, Dana has been active in the leadership of several national and local philanthropic organizations over the last two decades, including the Board of Capital Impact Partners, the Steering Committee for Mission Investors’ Exchange, the Innovation and Selection Committee for the Nature Conservancy, and as a reviewer for the Bill & Melinda Gates Foundation as part of its Grand Challenge Exploration Program. Bezerra also participates actively in the Weantinoge Land Trust.

Bezerra has a Bachelor of Science in Agricultural Business and Public Policy from Cal Poly, San Luis Obispo.

All Sessions by Dana Bezerra

PANEL DISCUSSION: DELIVERING ON THE SOCIAL ASPECT OF ESG

Rise of the S: Why Your ESG Strategies Must Deliver on all Three Components of ESG

While many investors have made great strides in the environmental and governance aspects of ESG, the social side is often given less attention. But now with both the global pandemic and the increased calls for racial justice and equality, social responsibility is impossible to ignore. This session will explore how you can reflect these priorities within your own portfolio. Devise new strategies to:

Build a portfolio that accounts for all aspects of ESG to further your mission and deliver higher returns.